You must forgive me for not posting a message for three days. You see, I've been excited.

It’s quite a while since my four best friends were all together in the same country at the same time.

And yet it wasn’t all that long ago they were all living in the same house - quite often at the same time: four of them - all in the bath together; four under the age of five!

Meet my kids: here they are…although not in the bath and on their best behaviour. Clockwise from top left: Rachel, Marius, André & Justine. 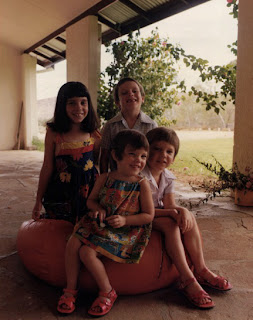 It took the wedding of the 2nd eldest, Marius to achieve this reunion just three days ago on Saturday 21 April 2012 at the wonderful Ashcombe Maze and Lavender Garden in Shoreham, Victoria.  He flew in (with Sasha, his bride-to-be) from South America the week before, Rachel the eldest flew in from Paris (where she resides and does all sorts of exciting things) arriving on the night before the wedding and Andre and Justine (mother of my two granddaughters) were already in Melbourne.

Meet my adult kids: here they are…still not in the bath and still on their best behaviour after several hours of wedding reception! From the Left: André, Marius (the Bridegroom), Rachel & Justine. 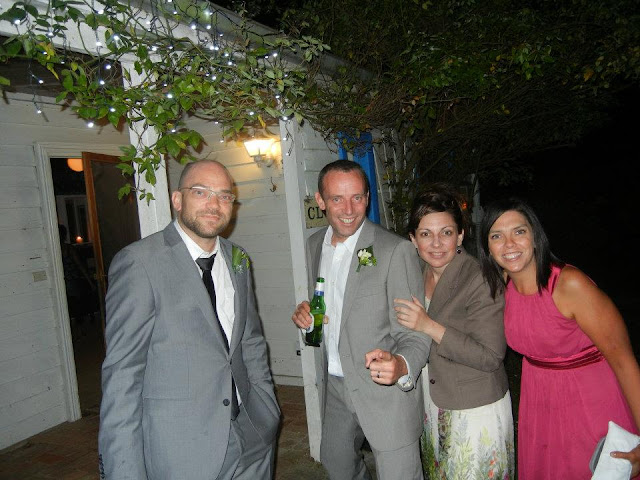 Marius is the clown of my family.  He didn’t need to wear the big shoes and the painted smile though…he just came out of the womb laughing and you could just tell.  I often wondered if he’d need to find another clown as a compatible partner...but instead he found Sasha.

Meet Sasha: She’s just gorgeous. Here she is with very close sister Sharne immediately after the ceremony. Sharne has a story all of her own…yet another Blog post for the future. 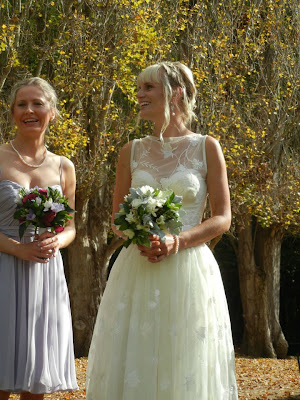 Had it been my role or business to go out and find the perfect partner for my son I’d have gone straight to Sasha’s house.  She’s the sort of girl who dresses up in mad costumes to cheer up little sick children; the sort who laughs and loves adventure; a health addict who yogas, and snow-boards and eats healthy food; the sort of girl who smiles even when she’s sad and who loves my son beyond all reason.

It was Sasha who themed her wedding as the Mad Hatter’s Tea Party…a lovely throwback to childhood that in the wrong hands could have fallen as far as Alice herself down the rabbit hole. But so witty and mad-hattery were the décor and the imaginative table settings that they deserve a Post all of their own and shall get one in due course.

Of course it’s not a wedding unless there are risks and as we are all big risk-takers in our family, there was no hesitation in agreeing to Sasha and Marius’ request that their niece Olivia (Livvy) be their Flower Girl.

Meet Livvy: she’s three years old and as all parents will know - it’s one thing to say and think that your three year old child will do something on cue…and quite another for them to actually do it…or something entirely different in the opposite direction.  But a couple of months at Kindergarten, a couple of years in the swimming pool and relentless, loving consistency from her parents have given Livvy an in-built understanding that doing what you’re asked to do (relevant questions of ‘why’, allowed) usually brings the best results for all concerned. 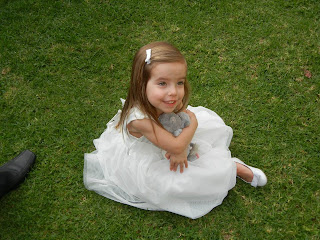 Meet three generations of girls in my family represented at the wedding:

The Matriach…or if you prefer - me – (the old girl up the back) - is known to some of you and acted as the Celebrant for the occasion. Daughter Rachel on the Left, played all the wedding music on a keyboard she’d never seen before - having just arrived from a twenty hour flight and driven for a couple of hours at midnight the night before the wedding. Daughter Justine stage-managed the dressing and fine-line between hysteria and indifference by Livvy, who is sandwiched in and quite obviously slightly younger than the rest of us. 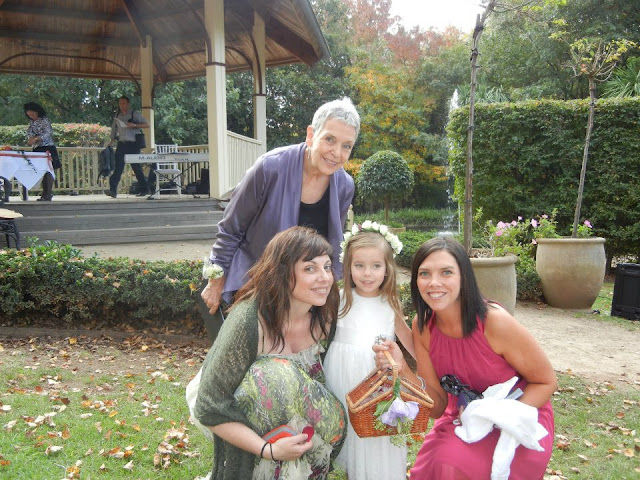 Meet my son-in-law Scott (Livvy's dad) and my new daughter-in-law Sasha bonding to the realisation that they have the same mother-in-law. 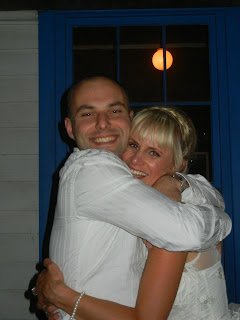 All blokes getting married should be surrounded by their best mates. 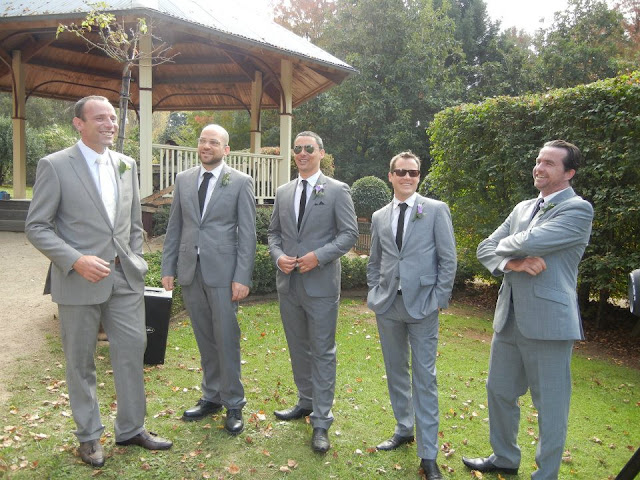 The script should take its own curtain. It wrote itself!

A nod to hilarity with deference to dignity it unearthed unguarded moments, tender exchanges and the truth of the attraction each to the other. It brought the guests to tears with Edward Monkton’s beautiful story of Love Monkey and asked of the Guests to make a Vow - out loud - to support their two friends in their marriage through the good times, the great times, the awesome times and (if they had to) the awful times!  And it spilled the beans on a first ceremony in South America where Sasha and Marius were blessed by a Peruvian Shaman at 3,400 metres above seal-level on a sacred Andean Site.  And thus it teased a little, laughed and wept a little and laid bare the very depth of their love.

At my elder son’s wedding. 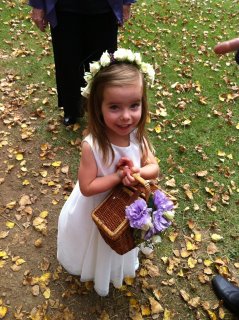 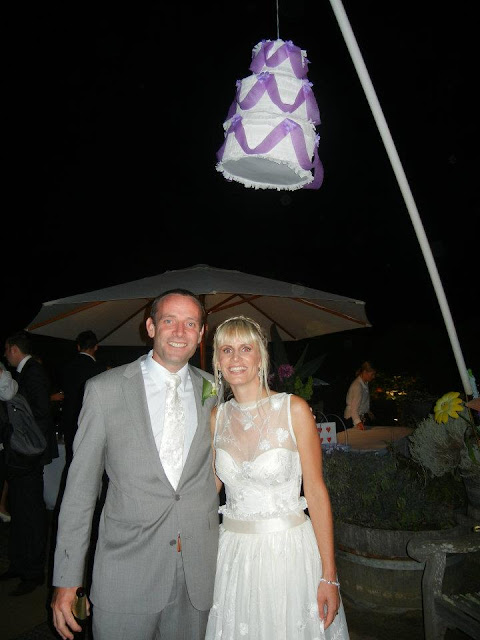 Nancy Cato
I suppose because of the nature of television I am mostly known for my role as Presenter of two Australian national children's TV programs in the late 60s 'Magic Circle Club' & 'Adventure Island'. But I've also been a professional actor, script-writer, worked with Aboriginal women in Alice Springs, developed an Arts Centre and raised four children. This is my first foray into the world of Blogging which is a natural extension of my becoming a Twitter addict!